Our teammate Brian Kent just finished up representing the Southeast in the Olympic Development Program (ODP) National Championships in California this weekend, where he was awarded the Nick Johnson Inspiration Award. He is the first person to be given the award twice, having also won it last year. While his team, the Southeast Zone (Georgia, Florida, Tennessee, Alabama and the Carolinas), did not win the tournament, they finished a better-than-expected 13th place, winning their final two games. We are so proud of you, Brian! 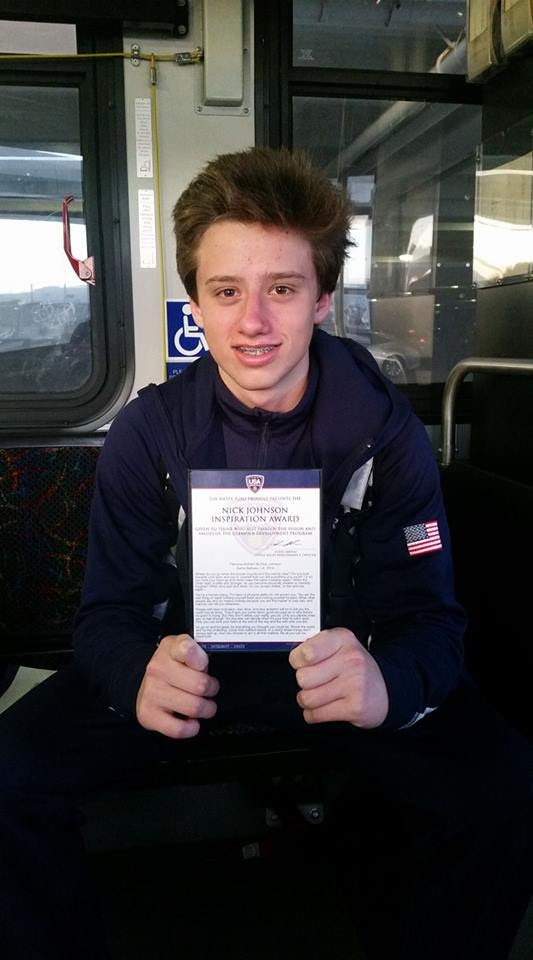 Here is background on the award:

The Nick Johnson Inspiration Award, established February 2015, recognizes athletes on a yearly basis that fully embody the vision and values of the Olympic Development Program. The values of the program are based on the Olympic movement, defined as "Olympism." "Olympism is a philosophy of life, exalting and combining in a balanced whole the qualities of body, will and mind. Blending sport with culture and education, Olympism seeks to create a way of life based on the joy found in effort, the educational value of good example and respect for universal fundamental ethical principles."

The values that are derived from Olympism and translated into ODP are the backbone of why the program exists and what it sets out to pass on to its participants. ODP athletes should have the utmost respect for their opponents, officials, and the game of water polo. ODP athletes should strive to maximize their potential as athletes and as people. Nick Johnson was a shining example of this during his time with us. We hope this award inspires us all to embrace the values of ODP and be a part of the Olympic movement.

Oops, you forgot something.

The words you entered did not match the given text. Please try again.

Reply Cialis
12:52 AM on September 9, 2021
Finasteride Without Prescription Buy Propecia